We recently spoke with Skam about last

“This years SKAM FEST was more exciting for us cause we added 2 more cities, Osaka & Kagoshima.
We were up & down & all over Japan having a great time. We took a Bullet Train from Tokyo to Osaka then in a few days back on a bullet train heading south to Kagoshima. Then I flew back to “Have A Good Time” (store/gallery) in Tokyo via jet plane. We did travel a lot but managed to stay in both Osaka & Kagoshima for 2 days each. And we spent in total about 5 days in Tokyo.

SKAM FEST was fire, people can expect a hardcore rap show with live hardcore bands performing & we added tattoo’s & graffiti works from the one & only MQ, MKUE did a great job DJing, everyone was excited to see him, fans lined up for a MQ tattoo..
In short this was a traveling mutant circus on acid!!

I would like to give a very special thanks to “Have A Good Time” store & gallery, “246 TEAM”, Bloom Studios from Osaka & my tour manager JU 246 .. Also like to thank my sponsors AfterBase store, Aevil Labels, Lurk Hard, Smut Life , The Wild Styles, Franks Chop Shop, PitchFork, InstaPress & Frank151…

Furthermore Skam announced a clothing collabo with Black Scale, who recently opened a new store in Tokyo.
“Yes, I’am excited to announce that Black Scale & Skam Dust are teaming up.
We are launching our collaboration this coming spring, early 2014.
It will consist of 2 t-shirt designs, 2 hat designs, 2 hoodie designs, 1 jacket & 1 accessory, this format maybe subject to change. 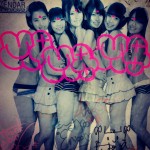 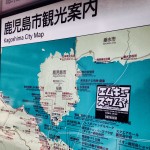 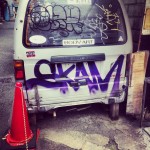 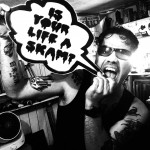 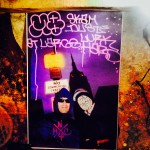 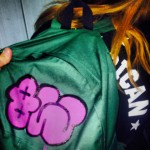 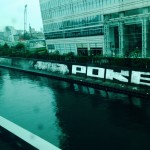 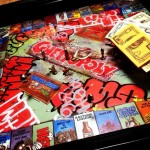 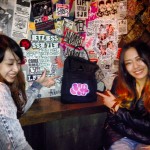 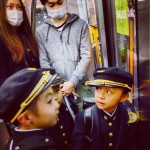 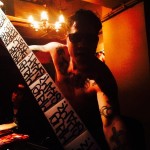 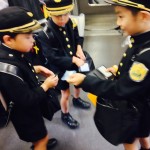 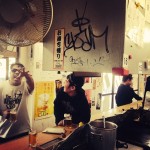 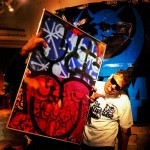 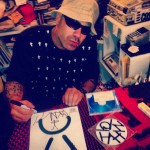 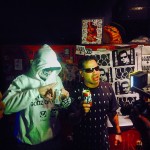 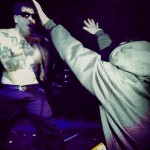 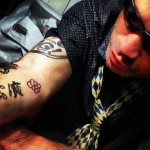 On his musical endeavours:
“I have 4 new tracks right now, one I did with rapper JapZulu recorded in Tokyo & the other I recorded in Osaka with rapper Sunny The Red Sun.
I also have another track with DJ-Adam of Lordz Of Brooklyn.
The fourth track is a remake of “Corona Drug Bust” with a live band. Working on a few more to have an EP set up.

I’m planning to release my new stuff through both CD & iTunes.
There’s a teaser for the JapZulu track on my Youtube channel”.

And I’m working on a zine with MKUE called “STICKER POISON”, it will come with a t-shirt, look out for that…

“Shout out to Black Scale Tokyo, LORD EZEC, ALSKI OTC, COOL’C, HYENA, SKAM-Stickers, Hediaki & Japanese hardcore bands Life Style & Sand.
Peace out everyone & don’t forget to help out the Philippines in any way you can!!!”