All the latest on Skam Dust

Skam Dust & MQ have new articles on Frank151.com and Juxtapoz.com. Head over to their websites to check out the features!

Some excerpts:
“TWS: Tell us about your childhood, obviously you were raised in NYC, talk about the dangers and pitfalls of growing in such a crazy city during the turbulent ’80′s.
Skam Dust: My childhood was interesting, I wouldn’t trade places with anyone. You asked about danger, there’s danger in cities across the world.. What makes NY different from other places is that we have every human from all nations across the earth, here! We have every ingredient cooking in the pot & this pot is a pressure cooker! You see back in the 80′s every thing was new, hipHop, movies, graff & at the same time everything was OLD, you know, OLD SKOOL, with OLD RULES.. There was a different attitude in the 80′s, it was ok to be a COWBOY..”

“TWS: You do a lot of projects together with legendary graff artist MQ. How far back do you guys go and how did you meet..
Skam Dust: MQ / MKUE & I met like 26 years ago in Corona Queens, I did a big fat wet tag I remember the color was baby blue. So I went back to see my tag & I saw these 2 kids looking at my tag, so I approach them & say to them “You guys write?” & MQ says “Yes I write MQ” & his partner was Hoya (bass player for Madball) & Hoya said “I write JO3″. From that point on we became partners in graffiti. MQ didn’t want to get Hoya in trouble so we would leave him behind when we went bombing.”…

Head over to The Wild Styles to read the full interview: http://www.thewildstyles.com/skam-dust-interview.

White Owl just dropped a new video featuring Skam Dust & Lou Kiemia (Son Of Skam / Sub Zero). White Owl is a rapper from Brighton Beach, Brooklyn, NY & has teamed up with legendary international hardcore superstar DANNY DIABLO and ILL-ROC Records to release his first Street CD on ILL ROC. More famously known for his years playing bass for early 90’s funk-rock pioneers WHITE TRASH (Elektra Records), and later, punk-rock and hardcore legends SKARHEAD and MURPHY’S LAW, WHITE OWL now combines his funk-rock, bass background, with poetic lyrics and killer beats, to introduce you to a funky fresh new style that’s all his own. With songwriting credits that range from landing WHITE TRASH on the Billboard Top 40, and MTV’s first Buzz Bin segment in 1991, to influencing the driving funk-punk underground sound of current NYHC legends SKARHEAD (Kings at Crime & Drugs, Music & Sex) and MURPHY’S LAW (The Party’s Over), WHITE OWL has showcased a 20 year music career writing and recording songs for other artists, starting with a major label release on Elektra at the age of 17. Finally stepping up to the mic with his ILL ROC debut, WHITE OWL combines his signature songwriter’s consciousness with edgy and heartfelt lyrics, that showcase his rhyming ability and reflect his life growing up on the NYC’s outer borough streets of Queens and Brooklyn.

Skam Dust & MQ are ready to hit up Japan for another round of madness! Check out this interview Frank 151 did with Skam Dust!

“This came in handy in Kagoshima ’cause when we arrived there early morning, the volcano erupted and the fallout of ash covered the streets like a light snowfall.”

No doubt about it, Japan is a magical place. One man particularly attuned to its gentle charms is hardcore rocker SKAM DUST, long-time Frank friend and part of our notoriously rare DMS Chapter (he told us recently on Twitter he’s been hustling copies for $65!). He toured Japan last year not long after the devastating earthquake and tsunami combination that shook Japan to its foundations. I hit him with an email about sharing his memories of that tour and we talked on the phone from his adopted home of Florida a couple of days later. Here he tells me about navigating the noble country as a hardcore rocker in a post-apocalyptic landscape one year on.

It’s not even that they like it: they love it. They’re crazy about it. Everybody is crazy about hiphop; that kinda makes sense. But it takes a special person to sit down and listen to hardcore music. I never seen anything like it.

Was that your first trip out to Japan?

Yeah, I went with Sub-Zero. I used to have a band called Son of Skam, which was really Sub-Zero [laughs]. And I’ve got the Skam Dust thing going on on the side. So I was doing two shows a day over there: I was doing Son of Skam, opening up for Sub Zero, and then 3:45 in the morning I’m playing Skam Dust.

How did you maintain the stamina for 16 cities in 14 days?

First of all, you got to eat right. Sleeping—you couldn’t really sleep. Realistically, I slept two hours a day. I was eating some of the good stuff. You want to take in the culture, but you don’t want to get too creative and then all of a sudden something [goes] wrong and then you’re done for the whole tour. So you gotta be very careful what you eat. I was sticking to soup. I found that was what I really enjoyed over there. It was hot, good for your throat–’cause I’m screaming every night–and all the hot spices is pretty much what I was eating. And bananas. And a lot of sake.

That sounds like a diet plan. Did you lose any weight?

This was not long after the earthquake and tsunami, right?

I think that happened like two months before we got there. We were at one point, like 60 miles [within the disaster zone], but the show that was the closest I didn’t even go to because some shit happened. I played a great show, we played in Shibuya. Really lively place. It’s like Times Square, 30 million people everywhere. And we were at an afterparty and then another afterparty, and somewhere around there, I got into a cab and left my luggage on the street! When I woke up, I knew something was wrong: “Something feels weird here…” I’m getting ready to go on the tour bus to go to the last show which was Hamamatsu, and then I’m like, “Where the fuck is my luggage?!” Let me tell you something: They found my luggage, whoever, and not even one dollar, not even a penny was missing. No merch, nothing. I think it was meant to be, ’cause MQ, he goes, “Hey, I was talking to my friends out here in Japan. You don’t want to do that last show.” And I was like, “Why?” And he was like, “Well, that last show is 80 miles from the radiation.” So I was thinking, maybe it was meant to be. Maybe I lost my luggage so I don’t go to the radiation zone, you know what I mean?

Did you get a chance to talk to your Japanese friends about the situation?

At the time when it all happened, I called my friend up and said, “Are you OK? Your family’s OK?” And he goes to me, “Richie, my family’s OK but my country’s dead.” I was like, Wow. It broke my heart.

Right. And could you sense that something terrible had happened as well?

Everybody had masks. Everybody. In the South, most people wear that shit. But when you start going North to Tokyo, you’re looking at maybe everyone wearing one too, which is not so normal. Like there’s not one person not wearing one.

Did you wear one?

Oh yeah. I had to. I was screaming every night, I don’t know what the fuck is in the air. I was using like three a day. The whole crew was wearing them. If they’re doing it, we should do it too.

Is there anything else you wanted to tell me about your trip to Japan?

Let me just say this: those people are very noble. The whole society is quality people. People are quality, good people and they really have a lot of respect. They’re the best, man, when it comes to respect.And last but not least, I went to Hiroshima. We dropped a fucking bomb over there, as you know. Of course it’s two, three generations later, but no one over there’s got no animosity. “Red carpet, Skam’s here. Give that guy the whole red carpet.” I gave a speech over there, I said: “I love you guys, I love my country. It’s a shame we killed each other once upon a time, but now we’re eating and drinking together.”

The new video “Wild Style Life Style” will be released everywhere this week. It was recorded shot in Japan, during the Sub Zero
/ Skam Dust Japan tour.. It looks real strong so be on the lookout!

Music wise Skam will be featured on Danny Diablo’s new cd “Blood Of Eden” (due out in March) with a track called “Bodies Piled
High”.
A new remix for the old Son Of Skam song “NY Bring It On” is worked on as we speak as well. The music is already completed, it
will features Skam, Freddy Madball & Lou Sub Zero on vocals… A video for this track will be shot in May!

In a month or so there will also be releasing an show tentatively titled “Skam Dust & The Super Friends” in co-operation with
Frank151.. More info on that one asap! 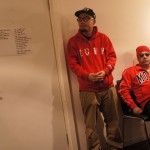 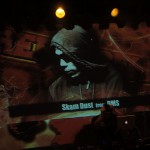 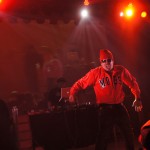 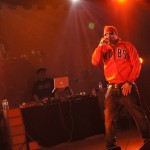 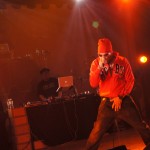 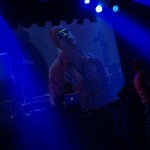 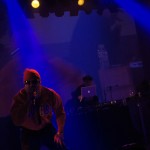 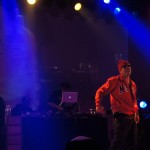 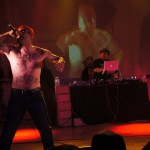 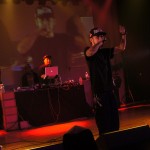 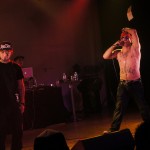 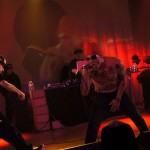 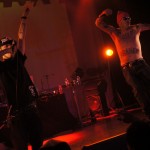